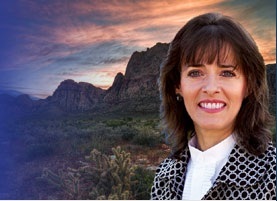 Dr. Teijeiro “will fight to ensure people’s lives are placed before the politics already associated with the most intrusive legislation in history [ObamaCare], until it can be overturned or overhauled.”

Learn more about Dr. Teijeiro and her campaign at http://www.friendsforannette.com/.

Annette is in private practice as an anesthesiologist, and has helped improve the lives of thousands of patients. She is a longtime Nevada resident who went to high school, college and medical school here, and served with distinction as the President of the Clark County Medical Society. In addition, she has a beautiful family with three children.

Most importantly for voters, Annette will stand up for patients and against the increasing government interference with the practice of ethical medicine. Once elected she will defend patients on Capitol Hill.

Annette is precisely the kind of candidate we need to send to DC. We have far too many “establishment types” who, like her opponent, continue political business as usual.

The Republican nominee needs to appeal to traditionally Democratic voters. And Annette Teijeiro does, having served Democratic patients for years before running for this office. An Hispanic, Annette has strong appeal for many Democratic voters, just as the Hispanic Nevada Governor Brian Sandoval did in winning a landslide victory against Harry Reid’s son.

We need someone who will serve the people. Annette is a winner and she has the full endorsement of the Association of American Physicians & Surgeons. We are confident that voters will be as impressed with Annette as we are.