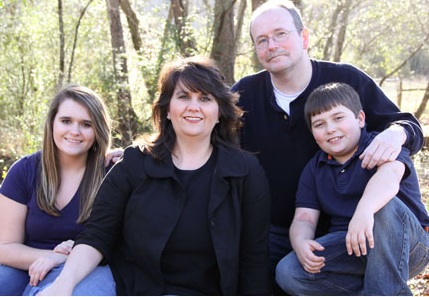 We are confident that, once elected, Jennifer Hulsey will lead the way to curtailing oppressive government interference with ethical medicine. Jennifer will help restore the practice of private medicine for the benefit of Georgia patients.

We need to elect conservative leaders like Jennifer Hulsey. She understands how harmful ObamaCare and other forms of socialism are, and she is courageous enough to work against them.

For years, as part of her Tea Party efforts, Jennifer Hulsey has been a tireless advocate for the American people. She has spoken at several of AAPS’s meetings and always received a thunderous applause. Jennifer Hulsey understands how out-of-touch most politicians are and, once elected, Jennifer will return the power to the people.

In October 2009, AAPS awarded Jennifer our Shining Scalpel Award. This award had only been awarded three previous times in the 67 year history of AAPS. The award was given to honor her outstanding service to the American people and to the profession of medicine by mobilizing the Tea Party movement, and organizing public town hall meetings to “cut” through the political rhetoric on “health care reform.”

Her Democratic opponent in the general election needs to be retired … by electing Jennifer Hulsey. Jennifer has our full endorsement. Learn more at http://hulseyinthehouse.com/.