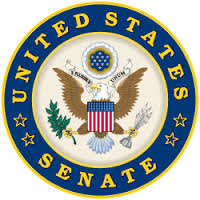 To: Senate Appropriations Committee
Re: U.S. Government Response to Ebola Outbreak
Madame Chairman and Members of the Committee:

My name is Jane Orient, M.D. I am a practicing internist from Tucson, Arizona, and serve as the Executive Director of the Association of American Physicians & Surgeons (“AAPS”).

AAPS is a nationwide organization of physicians devoted to defending the sanctity of the patient-physician relationship. AAPS revenue is derived almost exclusively from membership dues. We receive no government funding, foundation grants, or revenue from suppliers of pharmaceuticals, vaccines, medical devices, computer hardware or software, compliance materials, or other commercial products.

We are concerned for the safety of our patients and the persons who care for them, and for the integrity of our medical and public health system. Even a small outbreak of Ebola virus disease threatens all of these.

While a lot of questions have been asked regarding both the government’s response and preparedness, we believe that a few more questions should be asked of the officials responsible for managing the response to this threat:

1. Was the fact that a significant percentage of Ebola patients do not show a fever as an early sign taken into consideration in developing the Port of Entry screening guidelines?

Note that, in approximately 12% of cases, Ebola can present without fever and the absence of fever is not a reliable indication that an individual is not infected. This fact has been known for several years from previous Ebola outbreaks in Africa. (N Engl J Med 2014;371:1481-1495.)

2. How many possibly infected individuals with Ebola entering the United States would it require to completely overwhelm Federal and States’ capability to perform complete contact tracing and proper follow-up?

References include the following:

The clinical possibility of transmission via skin shedding was suggested in 1995 during an Ebola outbreak in the Democratic Republic of the Congo (DRC). The timing of when Ebola viral particles appear in the skin and undergo viral shedding into the environment has not been well defined to date. (Zaki SR, et al. A novel immunohistochemical assay for the detection of Ebola virus in skin: implications for diagnosis, spread, and surveillance of Ebola hemorrhagic fever. Commission de Lutte contre les Epidémies à Kikwit. J Infect Dis;1999;179 (Suppl 1):S36-S47).

5. Does CDC guidance for protecting EMS and clinical workers take into account data regarding survival in the environment of Ebola virus contained in aerosols or shed from skin?

Data concerning the contact surface and aerosol stability of the Ebola virus have been known for the last four years. (Piercy TJ, et al. The survival of filoviruses in liquids, on solid substrates, and in a dynamic aerosol. J Applied Microbiol 2010;109,1531-1539).

6. Have the proper peer reviewed studies been done to validate the efficacy of alcohol based disinfectants, especially on surfaces heavily contaminated with other organic materials as well as the Ebola virus? How long a contact time is needed?

The CDC recommends use of an alcohol based disinfectant because Ebola is an enveloped virus. In contrast, the WHO suggests that for safety, disinfectants for non-enveloped viruses be used against Ebola, to ensure health worker safety.

7. Has the CDC adequately considered the concerns of the EMS community, whose workers are at the highest risk, especially from undiagnosed cases?

Mr. Drew E. Dawson, Director, Office of Emergency Medical Services, National Highway Traffic Safety Administration, recently sent out an e-mail on behalf of the Federal Interagency Committee on EMS (FICEMS), inviting comments from the first responder community on two draft documents by the CDC “Interim Guidance for Emergency Medical Services (EMS) Systems and 9-1-1 Public Safety Answering Points (PSAPs) for Management of Patients with Known or Suspected Ebola Virus Disease in the United States” (Interim EMS Guidance). The timeframe for comment was early Tuesday morning November 4, 2014, beginning at the time these documents were released , and comments had to be posted to the CDC no later than 1pm EST on Tuesday November 4th. This was insufficient time for the EMS community to read and consider these documents and formulate a response during working hours. This is inexcusable considering the potential risk to EMS first responders and the potential for secondary transmission from contaminated ambulances. Has this been remedied?

8. What published data and risk factor analysis did CDC use in developing guidance for the management of Ebola patients under much less than biosafety level 4 (BSL-4), and in some cases, less than BSL-2 conditions? Ebola has long been and remains a BSL-4 classified disease.

9. How can hospitals and EMS access protective gear from the Strategic Reserve Stockpile (SRS)? How much was spent, what was purchased, how was protective efficacy tested, and where is it stored? How will quality, transparency, and accountability be assured in the future?

In light of the ever expanding threat from emerging infectious diseases like Ebola in potential conflict areas, why was the AIT and the Biosafety Level-4 Medical Treatment Facility at Fort Detrick disbanded in 2010?

A review of the data shows there is a geographic overlap between armed conflict areas, biodiversity hotspots, and lethal outbreaks of emerging infectious disease such as Ebola. More than 90% of the major armed conflicts between 1950 and 2000 have occurred within these regions.

In the past, the evacuation and transport of emerging infectious disease patients with high viral loads and shedding was conducted by the U.S. Army Aeromedical Isolation and Special Medical Augmentation Response Team (AIT-SMART). This unit was supported by BSL-4 laboratories staffed by highly experienced researchers in exotic diseases and a high containment treatment facility at Fort Detrick where advanced medical care could be provided to patients under Biosafety Level-4 conditions. In 2010, the AIT-SMART was decommissioned and this unified capability was lost.

Thank you for your consideration of these critical issues.