Buddy Dyer, a government worker in Orlando, stated, at approximately 12:30 PM on Sunday, June 12, 2016, soon after the mass shootings in Orlando, that the most important thing right now is to waive the HIPAA laws so the physicians taking care of 53 injured patients can communicate with their distraught family members.

HIPAA, which stands for the Health Insurance Portability and Accountability Act, is only one of dozens of shackles, obstacles, and barriers, that Federal government workers have imposed on patients and their physicians. You can thank Federal government workers Ted Kennedy and Nancy Kassebaum for the HIPAA monstrosity, along with Hillary Clinton, from whose defeated “Health Security Act” much of HIPAA was taken.

Contrary to popular perception, HIPAA does nothing to actually safeguard your privacy from the most dangerous entity that might invade it, namely the government. If you are on Medicare or Medicaid, you have no privacy from the eyes of government. Plus, the rules of the “alternative payment methodology” in MACRA (the Medicare Access and CHIP Reauthorization Act of 2015) expand government access to records of ALL patients of a Medicare physician.

Now let us imagine the position of the physicians and nurses taking care of the people horrifically shot in this attack. All of a sudden, they are called upon to use every bit of their knowledge and skill, all their physical abilities and stamina, and all their emotional equilibrium, to do all they can to save the lives, limbs, and abilities of 53 seriously injured patients. Those who have not been there, experiencing the horror embodied in the injuries of people who have been attacked in an attempt to murder them, can hardly imagine what it is like. It is a terrible emotional trauma, one which physicians and nurses must bear without allowing it to affect the critical decisions and actions they must take, often in minutes, or even seconds.

Meanwhile, they are aware of the heartbreaking uncertainty of the people trying to find out whether their family members are alive or dead, or how badly they are injured.

Likewise they are aware of rules like the following from HIPAA: “Accessing protected health information without authorization and the disclosure of this information to a third party carries a jail term of up to 10 years.” This is what could happen to a physician or nurse who spoke to a family member about one of their relatives critically injured in the hospital. They are not allowed even to say the patient is in the hospital. Also, there is an additional problem for the physician; if he discloses any information, it will be the end of his career, and you will lose a physician who might be needed someday to save your life.

It used to be much easier to protect patients’ privacy, while still being able to communicate with family, as well as other members of the team trying to save the patient. But government workers, with the clubs and chains of the voluminous laws imposed on others, whose work they understand very poorly, have used coercive methods to force electronic medical records (everything is supposed to be “interoperable!”) upon us. That way, government and insurance bureaucrats, prosecutors, hackers and blackmailers can access what should be private medical records from millions of patients at once, while family members in time of crisis are kept in the dark.

Meanwhile in another arena, that of the presidential election campaigns, we see a person who wants to decide the rules for all of us. She has already had her two terms (“If you vote for my husband, you get me. It’s a two-for-one blue plate special.”) During her time, she did all she could to destroy medical care in this nation. While her ideas create federal crimes for those trying to save lives, she has freely admitted to actions that long have been federal crimes—when committed by others. Moreover, it appears that while she was the Secretary of State (oh how far we have fallen since Thomas Jefferson), she and her husband took huge amounts of money from Saudi Arabia and other Wahhabi and Salafist fonts of the totalitarian hatred that has caused millions of deaths and injuries over the past 1400 years, including tens of thousands of injuries and deaths in the past 15 years, such as 9/11, the massacre at the Boston Marathon, the shootings at Fort Hood in Texas, and now those in Orlando. It is way past time to enforce the McCarran Walters Act of 1952, which mandates exclusion from our country anyone advocating overthrow of the United States Constitutional government by force, violence, or other unConstitutional means. Shariah law, a basic tenet of Islam, does advocate overthrow of our Constitution and government.

While physicians contemplate 10 year prison terms for mistakes under HIPAA, they may well ask: What’s the federal prison term for bribery, perjury, and treason? Is the former Secretary of State immune from punishment for complicity in compromising our national security and making us vulnerable to Islam-inspired murderers? 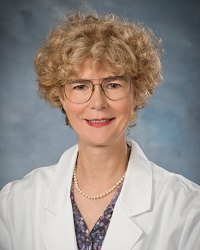 Dr. Tamzin Rosenwasser earned her MD from Washington University in St. Louis after putting herself through medical school. She is board certified in Internal Medicine and also Dermatology, and has practiced Emergency Medicine as well. Dr. Rosenwasser served as President of the Association of American Physicians and Surgeons (AAPS) in 2007 and 2008. Dr Rosenwasser has written numerous articles and opinion editorials, and has been a guest on many media broadcast shows. She is currently writing a book on medical practice. She also serves as the chair of the Research Advisory Committee of the Newfoundland Club of America. As a life-long dog lover and trainer, she realizes that her dogs have better access to medical care and more medical privacy than she has, and her veterinarians are paid more than physicians in the United States for exactly the same types of surgery.