Denial: the First Stage in Confronting Death of ObamaCare 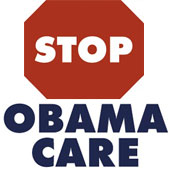 The press may think that the debate on ObamaCare is over, but as Rick Lowry points out, the death spiral is beginning. http://nypost.com/2015/11/02/obamacares-death-spiral-stage-one-denial/

The legal challenges aren’t over, either. Todd Gaziano, the executive director of the Pacific Legal Foundation’s DC Center, describes 10 myths used to support the assertion that ObamaCare is “here to stay.” The Sissell case on the Origination Clause is still to be heard, and as implementation proceeds, more issues are becoming ripe. ObamaCare “will spawn major lawsuits for as long as it is on the books,” Gaziano states. http://www.forbes.com/sites/realspin/2015/10/26/10-myths-about-the-legal-challenges-to-obamacare-and-why-it-isnt-here-to-stay/

The bad news for ObamaCare includes:

“Let us raise a standard to which the wise and honest can repair” The rest is in the hands of GOD #PrayForAmerica pic.twitter.com/KiXLwXmz2p

Teach your #kids this: pic.twitter.com/zknVb1UQ9L