Supreme Court will review ObamaCare. AAPS only physicians’ group to request this. 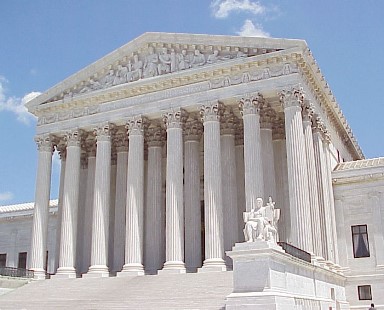 The Supreme Court of the United States today granted certiorari to the challenge to ObamaCare by 26 states.

AAPS was the only physicians' group to file an amicus brief before the Supreme Court asking them to grant the Florida v. HHS petition for writ.  (Click here to read about the AAPS brief filed last month.)

The specific issues that the Supreme Court agreed to consider early next year are:

1.  The Commerce Clause challenge to the constitutionality of the individual mandate (the second point in the AAPS amicus brief).

2.  The challenge to the severability of the individual mandate (which was the first point in the AAPS amicus brief).

3.  Whether the Anti-Injunction Act precludes some or all of the challenges (the government is trying to save ObamaCare by calling the penalty a "tax", and AAPS will address this in an upcoming amicus brief to the Supreme Court on the merits).

4.  The constitutionality to the expansion of Medicaid for the disabled and poor (AAPS has not expressed a view on this).

More from Heritage about the
upcoming Supreme Court challenge:
http://blog.heritage.org/2011/11/14/supreme-court-takes-up-obamacare/

CLICK HERE for details on the AAPS amicus submitted to the Supreme Court last month.