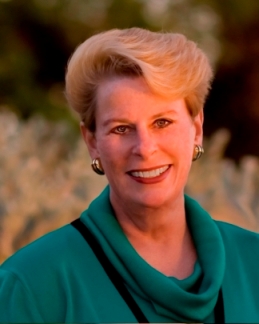 “But if the Watchman sees the sword coming and does not blow the trumpet and the people are not warned, and a sword comes and takes a person from them, he is taken away in his iniquity; but his blood I will require from the watchman’s hand.” ~Ezekiel 33:6

Physicians have traditionally taken the Oath of Hippocrates to preserve life to the best of their ability and judgment. Your doctor is supposed to be a “watchman” over your health and life. Yet today, with rampant lawlessness on the part of our government leading to the death of hundreds of thousands of innocent human beings—from the most vulnerable unborn babies to America’s bravest warriors—physicians need to sound the trumpet. We cannot remain silent when life is at stake.

At one end of the spectrum the warriors that served our country here and abroad are denied prompt access to medical care when they need it, and many die waiting—either from disease or suicidal despair.

At the other end of the spectrum, euphemistically named “Planned Parenthood” is killing hundreds of thousands of innocent babies, then gruesomely and callously harvesting their body parts to be sold for profit.

Worse, both the unborn and our veterans waiting for medical care are dying at taxpayer expense! Taxpayers have been told they are paying for “women’s health” and “medical care for veterans” while both organizations bring death, not health.

Both Planned Parenthood and the VA have been shown to be violating multiple federal statutes. Both have a pattern of hiding their lawlessness from public and congressional scrutiny. Our government has failed to hold either accountable for their illegal actions. Whether deliberate or due to incompetence, the result is the same—death.

Lawlessness is out of control in many ways across our country. Many innocents are dying because of it. How can we expect the rule of law to prevail when it isn’t even followed in federally funded facilities that are supposed to care for health?

The VA issues were in the news months ago. They are being investigated, while veterans continue to die preventable deaths. Planned Parenthood’s flagrant disregard for existing laws is just now coming to light as a result of the investigative journalism work by the Center for Medical Progress.

Practices at Planned Parenthood that call for urgent investigation and possible prosecution include :

Planned Parenthood has fought vigorously to prevent mothers from seeing an ultrasound of their baby prior to an abortion, knowing that the majority of women choose not to abort once they have seen the baby’s image and beating heart.

In addition, Planned Parenthood consistently violates the ethical requirement to obtain informed consent. Clinic staff mislead women by using words to disguise that “it” is a human baby: they call “it” a fetus, they tell women their baby is just a “blob of tissue,” “isn’t a baby yet,” or “it cannot feel pain.”

Planned Parenthood’s “talking points” to clients violate principles of “truth in advertising” required in other medical and business settings.

Physicians and the American people must now be the Watchmen, sound the trumpet, and act together to stop this Lawless Nation and slaughter of innocent babies and our deserving veterans.

Elizabeth Lee Vliet, M.D. is Chief Medical Officer of Med Expert Chile, SpA, an international medical consulting company based in Santiago, Chile whose mission is high quality, lower cost medical care focused on preserving medical freedom, privacy, and the Oath of Hippocrates commitment to individual patients. Dr. Vliet is a past Director of the Association of American Physicians and Surgeons (AAPS). Dr. Vliet also has an active US medical practice in Tucson AZ and Dallas TX specializing in preventive and climacteric medicine with an integrated approach to evaluation and treatment of women and men with complex medical and hormonal problems. Dr. Vliet received a NECO 2014 Ellis Island Medal of Honor and the Arizona Foundation for Women 2007 Voice of Women award for her pioneering medical and educational advocacy for overlooked hormone connections in women’s health. She received her M.D. degree and internship in Internal Medicine at Eastern Virginia Medical School, and completed specialty training at Johns Hopkins Hospital. She earned her B.S. and Master’s degrees from the College of William and Mary in Virginia. Dr. Vliet has appeared on FOX NEWS, Cavuto, Stuart Varney Show, Fox and Friends, Sean Hannity and many nationally syndicated radio shows across the country as well as numerous Healthcare Town Halls addressing the economic and medical impact of the 2010 healthcare law. Dr. Vliet is a past co-host of America’s Fabric radio show. Dr. Vliet’s health books include : It’s My Ovaries, Stupid; Screaming To Be Heard: Hormonal Connections Women Suspect– And Doctors STILL Ignore; Women, Weight and Hormones; The Savvy Woman’s Guide to Great Sex, Strength, and Stamina, and The Savvy Woman’s Guide to PCOS. Dr. Vliet’s websites are http://www.HerPlace.com, and http://www.MedExpertChile.com.